9:30 A.M. Meet with contractors and sub contractors to begin getting Nitty Gritty Reality framework into place. Here is where the dream begins to take on earthly shape and all the warts and pimples begin to show. I think this stage of a project is the part that needs the most faith.

AND WHILE JOURNEYS CAN BE BOTH DAUNTING AND EXHAUSTING THE ACTUAL GOING BUILDS MOMENTUM.

BUT THIS SPACE BETWEEN THE DREAMING AND THE JOURNEY IS THE PLACE WHERE MOST OF MY PLANS COME TO NOTHING. THE “WE’LL SEES” AND “WHAT IFS” BEGIN TO TAKE THEIR TOLL AS MAYBES BECOME NITTY GRITTY REALITIES.

For instance we discovered….Not just new shingles. We will need new windows.

And…Yep…. This old house will need some new electrics.

And before we can even think of beginning the trees must go.

We will have appointments this week with the plumber and the gutter people and get their thoughts on the job.

11:00 A.M. Dump run and then reviewing the appraisal for the house. Send it off marked “done” to the bank

12:00 P.M. Lunch for me and Mom. Brenda is off to deal with the fact that her furniture in The Netherlands is all gone. Her old landlord decided to remodel and just chucked all her stuff!

1:00 P.M. Contact one of my old students about the trees (he runs a landscaping and tree service)/ Contact our insurance company to get information the bank needs sent off/ cancel haircut …it just ain’t happening/ send e-mail to personal assistant about a ministry event coming up that we need to coordinate/ field phone calls and messages from church members.

3:00 P.M. Walk dogs/ Brenda goes to have tire fixed before she heads out for weekend of ministry in Buffalo.

And now I am heading back into prayer…

DO YOU HAVE ANOTHER NAME FOR NITTY GRITTY REALITY FAITH? WHAT IS IT?

When I introduced the question “What is a minister?” I mentioned that being a minister is about more than what we do. I said ministry is about answering a call to a lifestyle. It is about who we are not just what we do.

My job is to be the assistant pastor of Cornerstone at the moment, but if tomorrow I left Cornerstone and went to work for McDonald’s I would not because of the job I held cease to be a minister. A Minister is every bit as much of my identity as my gender or my name. It is a call from God I chose to answer when I was 13. It was a mantle I took up way back then and it can no more be put down than my skin. As Paul the Apostle said….

The truth is no matter what hat I am wearing, I am a minister. I can fight and resist the call, but that is just a denial of myself and ends only in misery. So what is a minister? It is not someone who just does ministry. A Minister is a person who because of God’s calling embodies ministry and who in obedience imparts that ministry onto others.

In Closing for now Paul said it this way, “So Christ himself gave the apostles, the prophets, the evangelists, the pastors and teachers, 12to equip his people for works of service, so that the body of Christ may be built up 13until we all reach unity in the faith and in the knowledge of the Son of God and become mature, attaining to the whole measure of the fullness of Christ. ” Ephesians 4:11-13

So do you think you are a minister? 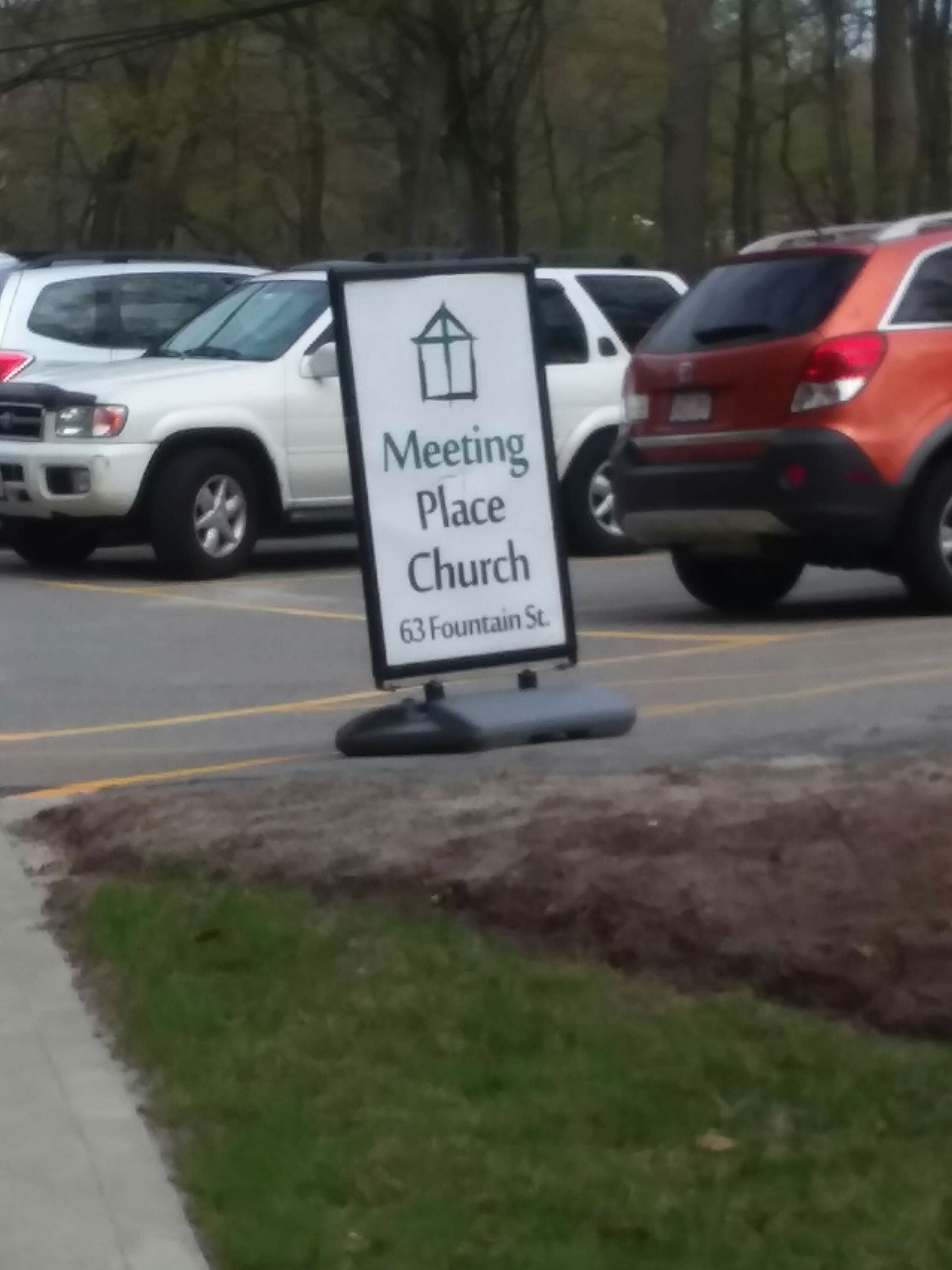 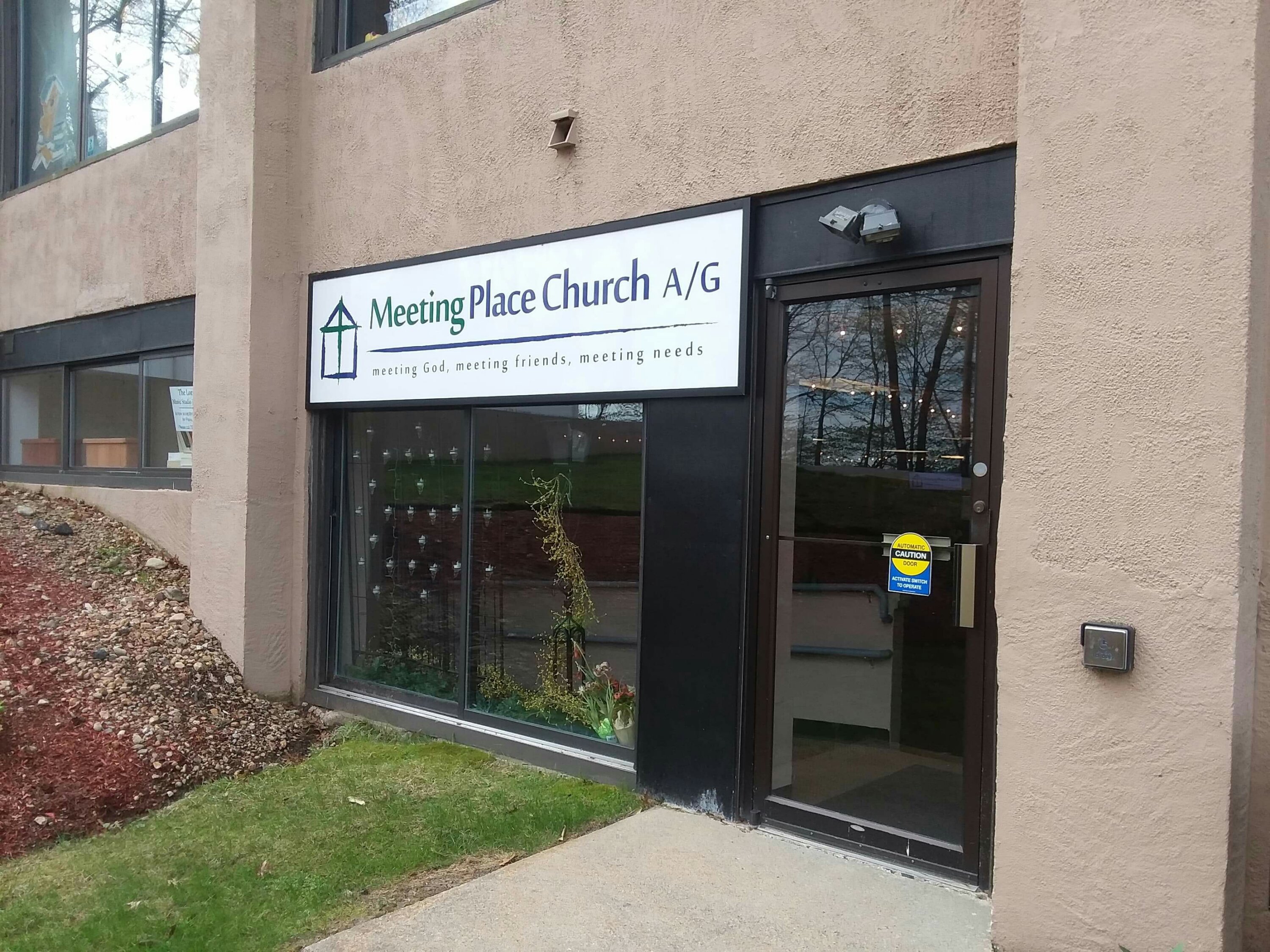 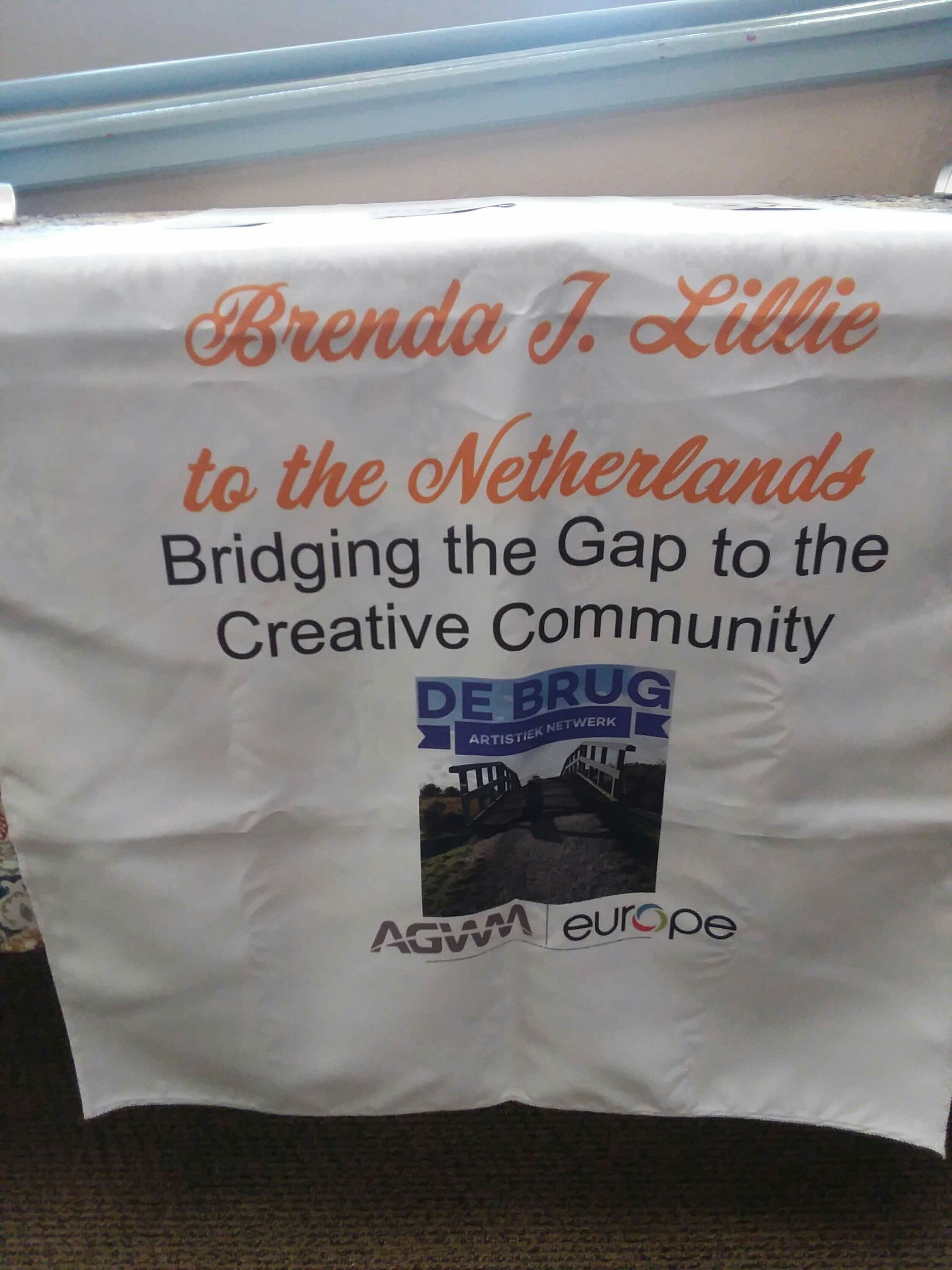 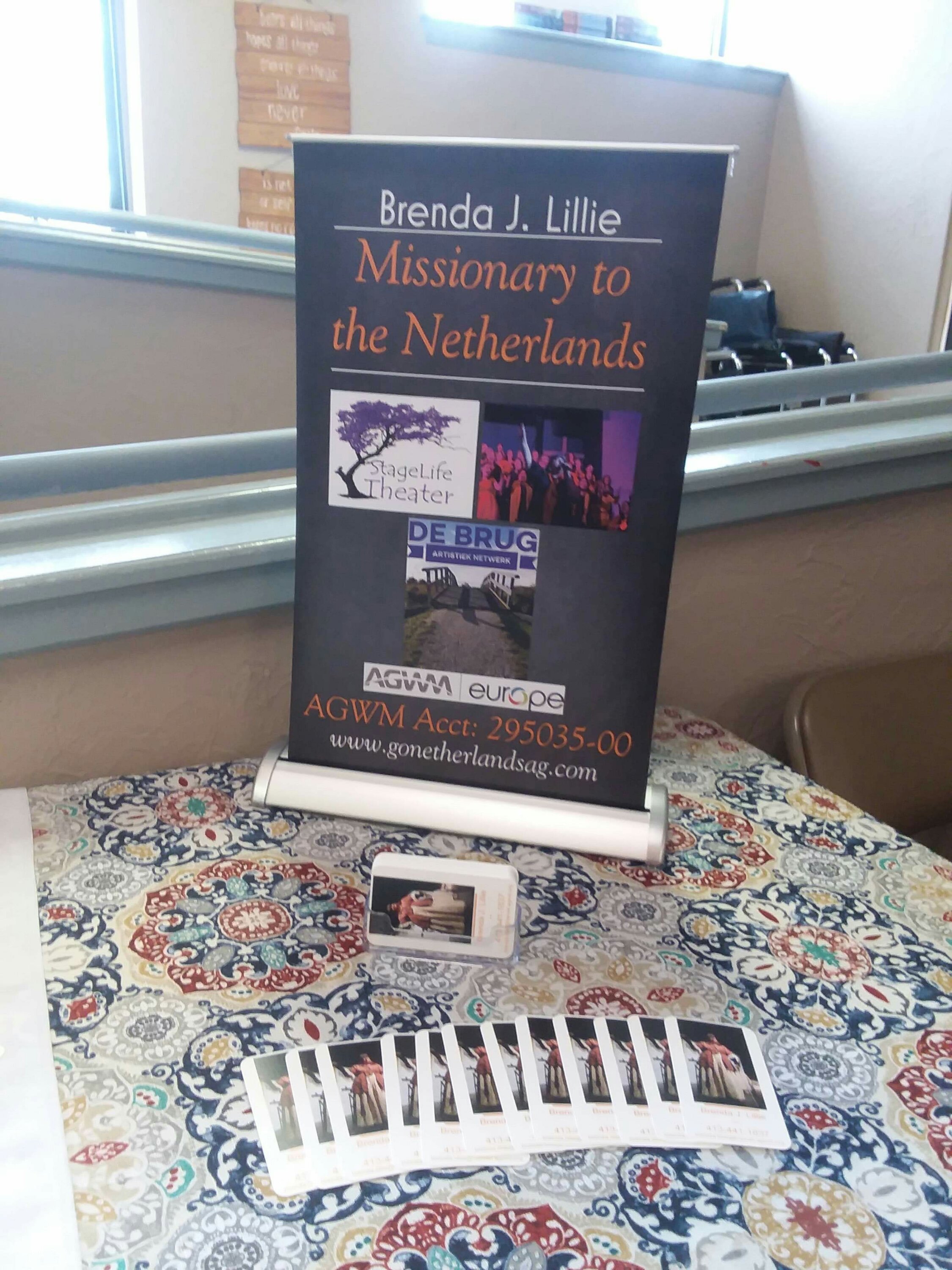 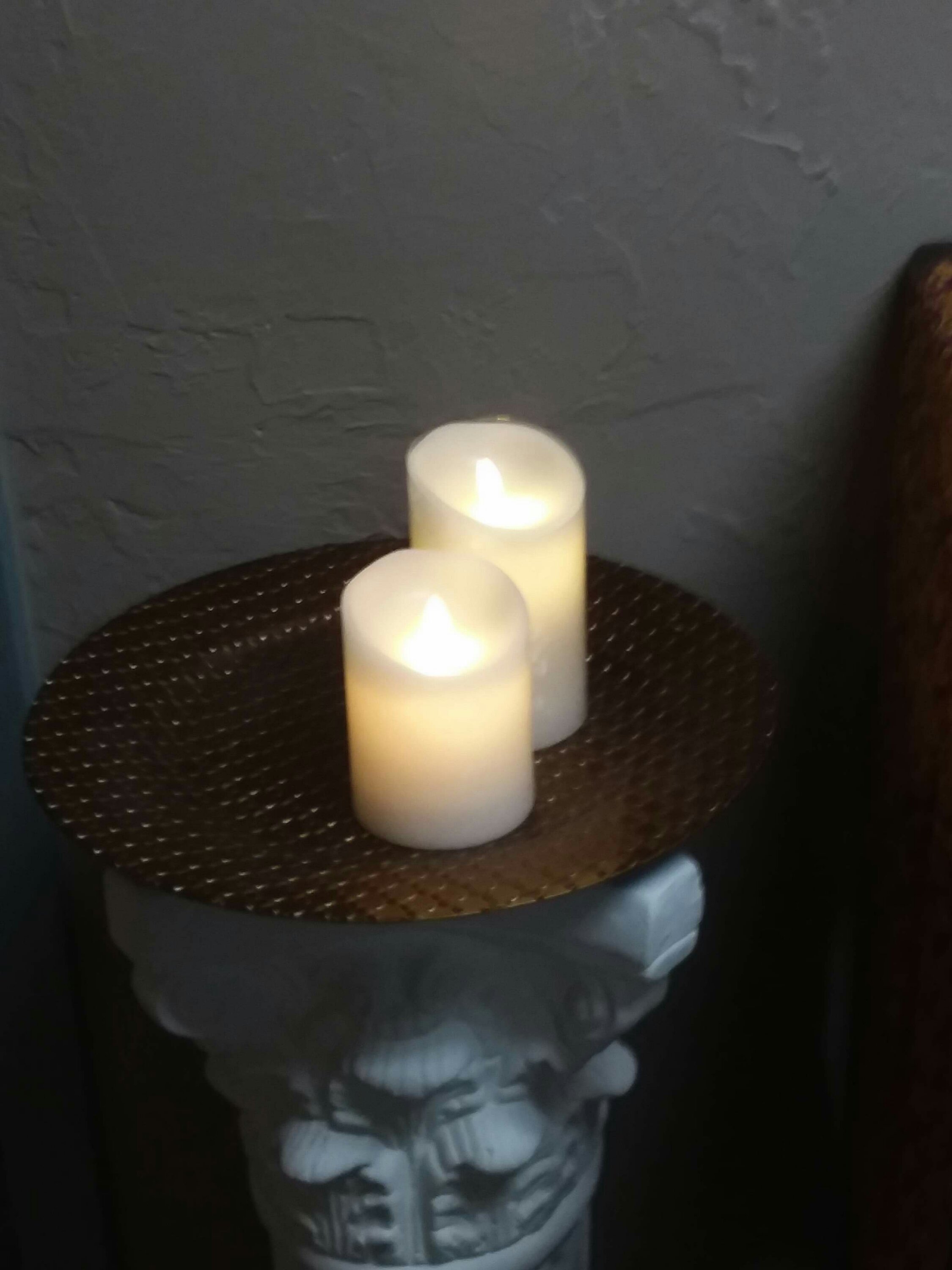 Brenda with the Condon family, pastors of MPC

Brenda’s photo “Some Pig” won best of show. She is $100 closer to her church plant budget!

It is day two of the art show and all is still going well.

Artists at work on the elevator

Seeing what some lights add to the painting

People are visiting, snacking, buying art and even doing art. I’ve even gotten a poem half written for next year’s show. Next year’s theme is “You Will Be Found”.

Well we are at the art show to finish setting up, but Amanda and I are trapped in the car because of the rain and hail coming out of the sky. We tried the whole “Peace be still thing.” It just got worse.That blue blob is the dumpster four feet in front of the windshield.

The term “All In” has been coming up a lot over the Easter season. We have the example of Jesus being “All in” for us. We are asking our congregations to figure out what being “All in” for Jesus means to them. I thought it would be a good idea for the ministers of the Vicarage to sound off with their definitions of the term “All in”. Maybe it will spark some interesting conversation with our on-line community.

Amanda spoke our prayer devotional for early morning prayer this week at Cornerstone. She told me then that I should listen because in it were her thoughts concerning being “All In”.

She took the devotional from the story of Joseph in Genesis 37:1-11

Jacob lived in the land where his father had stayed, the land of Canaan.

Joseph, a young man of seventeen, was tending the flocks with his brothers, the sons of Bilhah and the sons of Zilpah, his father’s wives, and he brought their father a bad report about them.

3 Now Israel loved Joseph more than any of his other sons, because he had been born to him in his old age; and he made an ornate[a] robe for him. 4 When his brothers saw that their father loved him more than any of them, they hated him and could not speak a kind word to him.

5 Joseph had a dream, and when he told it to his brothers, they hated him all the more. 6 He said to them, “Listen to this dream I had: 7 We were binding sheaves of grain out in the field when suddenly my sheaf rose and stood upright, while your sheaves gathered around mine and bowed down to it.”

8 His brothers said to him, “Do you intend to reign over us? Will you actually rule us?” And they hated him all the more because of his dream and what he had said.

10 When he told his father as well as his brothers, his father rebuked him and said, “What is this dream you had? Will your mother and I and your brothers actually come and bow down to the ground before you?” 11 His brothers were jealous of him, but his father kept the matter in mind.

Being “All In” means not being like Joseph’s brothers. God had given Joseph a dream that he would be given authority over his brothers. Joseph was being elevated by God. Joseph’s brothers did not take that very well. If you remember the story they beat Joseph and sold him into slavery after debating whether or not they should kill him.

Two things exemplified in this story keep us from being “All In”. The first thing is, not being willing to accept God’s plan. How often does God make His plan plain to us and still we reject it? Rejecting God’s plan is most definitely an “All In” killer.

The second thing that kills the “All In” mindset is not being willing to submit to God’s rightly delegated authority. Joseph was being put into authority. His brothers would have none of that especially coming from a younger brother. How often do we buck against someone God has placed in authority because we do not like them or we think we could do a better job.

Our liking or not liking someone in authority must never dictate our submission to that authority or the carrying out of God’s plan. Our feeling like we could do a better job is not a license to pull out of a plan God has put us in the middle of. As John Bevere says in his book “Under Cover”, “There is no submission until there is disagreement.”

Being “All In” requires us to submit to God’s plan and God’s rightly delegated authority regardless of whether we like it or even agree with it.